This release is of special importance for the project as it also marks the 10 year anniversary of the first release. 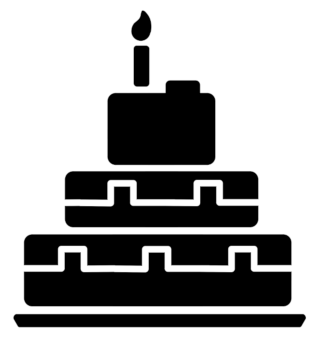 Looking back, is incredible to see how something I started back as a side project to help out the government agency I used to work at, has grown in to something used by people around the world.

There is a saying that goes: “Find something you love to do, and you’ll never have to work a day in your life.”. I have found that something in my life, and I have all of you to thank.

The big ticket item for this version is the new page composition feature. Historically, Mayan EDMS has equated an uploaded file to a document version as a one to one relationship, with the same relationship applying to the document pages. This is due to the origins and main purpose of the project, which was to be a static scanned document repository.

As the user base and industries in which Mayan EDMS is being used expands, this basic philosophy had to be expanded too, but in such a way that it did not affected previous uses.

The result is what we call the Document Page Composition API. This new feature allows for document pages to be disabled, enabled, appended, removed, or even reordered. All of this is achieved in a non destructive way (the original uploaded file is never changed in any way), all of the changes happen only at the application level.

As with every upgrade, make a backup of your database and document storage. More so as this release is a major one and the first of a series of big paradigm changes for the project. Make sure to validate your data after the upgrade and report any issues.

The default versions of PostgreSQL and MySQL were also updated. These database managers might require dedicated steps to convert your existing database from the current version to the new one. This should be done before upgrading the Mayan EDMS version.

A tool to audit the ACLs in the system was added. This tools is called “Global ACLs” and is found under the “Tools” menu. It will display and allow modification to all the ACLs defined in the system regardless of their origin object or view.

Support was added for API result sorting. Like the user interface, only indexed database fields support. The OPTION verb can be used to determine which fields are sortable.

An asset detail view with image preview was added.

Previously, when displaying images, only one error condition was represented regardless of the underlying cause. This was done using the paper icon with the red cross. The converter was updated to allow app to specify their own error conditions and the corresponding visual indicator. This is now used when generating document images and allows displaying different icons and popup messages when there are no active document versions or the active document version has no pages defined.

This new feature also changes how we things about document versions and file uploads ordering. These are not longer lineal. Any document version or document file may be deleted at any time.

The three storages are:

Setting migration have been included to transition existing values but make sure to double check you settings before and after the upgrade.

Previously, when downloading a document, the actual filename of the download was the document label. Now, when a document file is uploaded the actual filename of the file is retained and used as the download filename including its original extensions if any. This solves downloading and display issues with operating systems that rely on file extensions to identify the type of a file.

With the separation of files and versions, other features are now possible. Support was added to grant access to individual versions of a document via ACLs.

A new document workflow action was added to change the type of a document.

An dedicated API endpoint was added for the duplicates app.

The default version of PostgreSQL will be incremented in each subsequent minor release to catch up to the target version of 12.0.

A database backup and restore is needed when moving from one version of PostgreSQL to another (https://www.postgresql.org/docs/10/backup-dump.html).

The Docker Compose file was also updated to use extension fields to remove duplicated markup (https://docs.docker.com/compose/compose-file/compose-file-v3/#extension-fields).

An entra container was added to mount and index and expose it to the host operating system.

A container and markup for Traefik was added. This makes for easier deployment of SSL using a single Docker Compose file.

Support for an env_file was also added to allow passing environment variables to the running containers (https://docs.docker.com/compose/compose-file/compose-file-v3/#env_file).

A new tool was added to hold generated files for download. This tool allows performing document version exports in the background. Users will received a message when their download is ready.

In addition to the existing tool to purge caches, it is now possible to purge specific document files or document version caches. This can be achieved with the new action link and requires the cache purge permission for the object.

Event tracking was added when purging a cache partition.

Many stability, scaling, and performance updates were added to the file caching system.

Failed cache pruning attempts are now automatically retried if the cause was lock contention.

Added detection of excessive cache pruning when cache size is too small for the workload.

The cache eviction logic was improve to use a LFU (Least frequently used) and LRU (Least recently used) combination algorithm. This ensures that only the least usable content is evicted from the cache during pruning.

The caches are now only pruned during startup if their maximum size has changed. This reduces the startup or restart time in installations that are under heavy use.

The format of the file_metadata_value_of helper was changed. The driver and metadata entry are now separated by a double underscore instead of a single underscore. This allows supporting drivers and entries that might contain an underscore themselves.

Support for the “Reply To” field was added when sending documents via email and for the mailing workflow actions.

A new app was added to allow sending messages to users. At the moment this app is only used by the downloads app to let users know their download is ready. This is a first stage app and we plan to expand the use of this app in subsequent versions.

A new small app was added to handle details that are specific to an organizations installation of Mayan EDMS. The app is called organizations and holds two settings. The setting ORGANIZATIONS_INSTALLATION_URL allows setting the URL of the installation. This URL is used when composing the document link URL when sending document links via email. It is also used to create the download link for exported document versions.

If this setting is not specified, Mayan EDMS will try to obtain the URL scheme, host, and port from the HTTP request itself. When running Mayan EDMS behind proxy servers or load balancers this might not return accurate results and will require an explicit value for the setting.

The setting ORGANIZATIONS_URL_BASE_PATH replaces the previous setting named COMMON_URL_BASE_PATH used when hosting Mayan EDMS in a path other than the root path (‘/’) of the web server.

The document app and OCR app migrations dependency was inverted. This makes the OCR migration dependent on the documents app migration instead of the other way around. This allows for completely disabling the OCR app if desired.

Backend support was added for scoped and nested searches. Scoped searches allow using the search app for very complex search patterns. The scopes behave like a binary tree where each operator collapses the term pair into a new runtime scope.

The mathematical representation of search scopes would be as follows:

Each scope pair is resolved in reverse as a new runtime scope until the resulting scope requested by the user becomes available.

An actual application of the scopes searches is to search for documents with a multiple metadata type and metadata value combinations.

The actual query string would be as follows:

Which can also be represented as:

When not specified, the search terms are assigned a scope of 0, which preserves the existing search behavior.

This feature was a late addition and the user interface part continues in development. However the backend section is feature complete and accessible via the normal search views and the search API.

This feature is search backend independent.

Support was added to refresh the database representation of a signatures. This is useful for upgrades when a new signature field is added. Refreshing the signature will allow existing signatures to display proper values for these new fields.

The key attributes corresponding to a signature are now displayed as part of the signature serializer in the API.

The API action to upload a detached signature is now its own API endpoint.

It is now possible to use staging folders as sources for new document file uploads.

The sources app now has its own menu. This allows switching from different sources easier when uploading new documents or new document files. Conditional source link highlighting was added to better identify which source is currently active.

Support was added to subscribing to user impersonation events.

It is now possible to enable impersonation permission for individual users.

Impersonating users can now be also performed from the user list view, user the “Setup” menu.

A new sub menu was added. We call this menu “Related” as is meant to allow for quicker navigation by displaying object that are related to the one being displayed. For example, when viewing a list of document types, the related menu will show a links to the metadata types setup view.

Another menu that was added to improve navigation was the “Return” menu. Return links was are added to this menu for object contained by other objects such as the case of document files and document version. When navigating a document file or document version a link will be displayed that will quickly return the user to the parent document. These links are decorated with a left oriented chevron for easier identification.

An API endpoint named workflow-instance-log-entry-detail was added to allow inspection of the individual workflow log events.

The workflow API now allows passing extra data when transitioning a workflow, and the context of the workflow instance is also available.

The workflow instance creation is now a background task. This speeds up launching new workflows and the initial processing of new documents.

Check the Docker upgrading chapter for the complete upgrade process.

The upgrade procedure is now complete.

If you observe the errors:

follow the solution outlined in the troubleshooting section: After upgrade to version 4.0